Perhaps no spring sports team on campus was more deflated by the Coronavirus-shortened 2020 season than the lacrosse Falcons. Under new Head Coach Christopher Collins, Saint Stephen’s was off to a 5-0 start, the best in school history. And after outscoring opponents 77-24, the Falcons looked poised to build on the progress of the past two seasons under Dan Rice that included the first winning season in school history (11-9 in 2018).

That enthusiasm will now be taken into the 2021 season for one of the newest programs on campus. The campaign will be just Saint Stephen’s eighth as an FHSAA-sanctioned program. While competitive strides have been made, the next step is to become relevant in district play and an annual challenger to the league’s upper echelon – Cardinal Mooney, Sarasota Riverview, and Out-of-Door Academy.

Many of the building blocks for the team are now growing into upperclassmen, led by seniors Keaton Donnelly and Cade Ryskamp. They have played significant roles during the program’s rise and should be counted on to provide leadership. If the Falcons can continue the jump forward they made to begin 2020, it will be an impressive feat and help solidify the program as one to be reckoned with in the future. 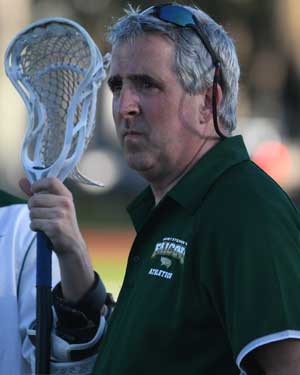