In a season that mirrored their male counterparts, the young Falcons struggled to a 4-11-1 record in 2019-20, but showed signs of growth down the stretch. After an 0-8-1 start, SSES rebounded to win four of its last six regular-season games. That’s something a new head coach will have an opportunity upon which to build.

Veteran coach Guy Virgilio, in his debut season at SSES in 2018-19, helped turn the program around. The Falcons captured their first district championship since 2014 and advanced to regional play. It was the renewal of a standard of success that defines the history of the program. Saint Stephen’s has had just two losing seasons and captured 10 district titles since 2000, including a string of five consecutive from 2008-12. The program yielded immediate dividends in turning the reins over to Virgilio, one of the state’s most successful prep coaches. But after a step back last year, followed by Virgilio’s retirement, the rebuilding process begins again.

It will do so under new Head Coach David Vaudreuil. Vaudreuil played collegiately at Princeton and spent more than a decade as a pro, including seasons in Major League Soccer with D.C. United, the Colorado Rapids, and the Chicago Fire. He appeared in 131 MLS matches from 1996-2002. After his playing days, Vaudreuil moved into coaching and has served in a number of roles, including a stint as head coach of the Atlanta Silverbacks in the old USL First Division. Other coaching stops have included time as an assistant coach to Jay Heaps with the New England Revolution in the MLS and as general manager and head coach of the AC Milan USA Academy. Vaudreuil also spent time under former U.S. National Team Coach Bruce Arena when he served as head coach of the Los Angeles Galaxy U-18 squad, and played for Arena when D.C. United won MLS Cup titles in 1996-97. Coach Vaudreuil is bilingual and speaks English and Spanish. He was inducted into the Connecticut Soccer Hall of Fame in 2007.

Saint Stephen’s soccer has produced a group of stars who have gone on to play collegiately. Goalkeeper Shannon Morrish was 76-23-5 in five seasons as a Falcon and was part of four straight district champions. She was the team MVP in 2010 and played in 16 games during her career at Vanderbilt. Morgan Fragapane starred for the Falcons as a forward and then appeared in 51 matches at Presbyterian College in South Carolina. Hannah Howell was the Bradenton Herald player of the year in 2013, scored 101 career goals at SSES – including 39 as a senior – and signed with Georgetown University. 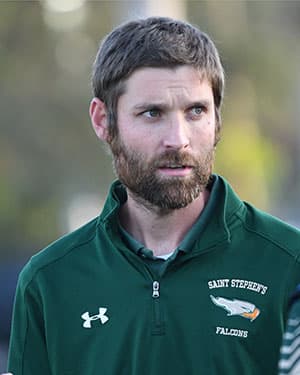 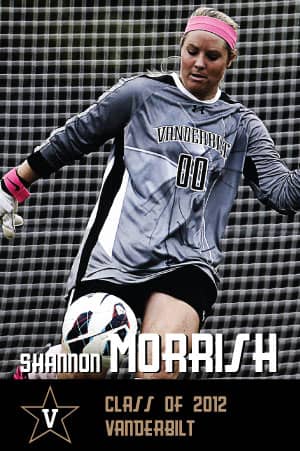