No program at Saint Stephen’s has produced more state championships or featured more high-profile players than girls tennis. The Falcons have collected six Florida team titles overall, including a run of four consecutive from 1986-89. Only three other schools in state girls tennis history can boast longer streaks. During that “golden era” of SSES tennis in the 1980s and early 1990s, the roster was filled with names that became recognizable throughout the wider tennis world.

The program’s first team championship came in 1981, led by Gretchen Rush and Susan Jarrell. The two teamed to win the state doubles title that year. Jarrell went on to play briefly as a WTA pro, while Rush spent a decade on the tour. She was a top 20 singles and doubles player and reached the quarterfinals at Wimbledon, the French Open, and the U.S. Open. She also represented the U.S. in the 1984 Olympics. Rush is now the head coach at Trinity University in Texas, where she was a four-time All-American from 1983-86, winning the NCAA Division I Doubles Championship in 1983. She was the College Women's Player of the Year in 1984 and 1985, the Intercollegiate Tennis Coaches Association Senior Women's Player of the Year in 1986, and won the Broderick Award as the best college women's player in 1986. Rush received the Arthur Ashe Award for Sportsmanship in 1985.

The Falcons’ run of consecutive titles in the late 80s was fueled by players including Terri and Sherri Vitale, Laura Randmaa, Cymantha Owen, Victoria Jarrell, Madeline Sanchez, Donna Faber and Diana Van Gulick. All went on to establish themselves as top players beyond Saint Stephen’s. The Vitales (daughters of famed ESPN broadcaster Dick Vitale) starred at Notre Dame, with Terri leading the Irish to their first-ever NCAA Tournament appearance in 1993. Randmaa began her college career at LSU but transferred to Florida State, where she reached the NCAA doubles quarterfinals and was an All-American in 1993. Van Gulick won 74 career doubles matches at Clemson and was named All-ACC in 1990. Sanchez starred at Tulane and Faber was a successful touring pro, playing multiple Grand Slam events between 1988-93.

The Falcons remain an annual contender at the state level, winning nine regional titles since 2005. They have lost just four regular-season matches in the past three-plus seasons and have qualified for the state championship tournament in four of the past six years, including advancing all the way to the semifinal round in 2017 behind current University of Wisconsin star MaryAnn Rompf. The 2019 team won the district title, the program’s third straight and fifth in six years. The 2020 team was 3-2 in dual matches before the season was ended prematurely by the COVID-19 pandemic. 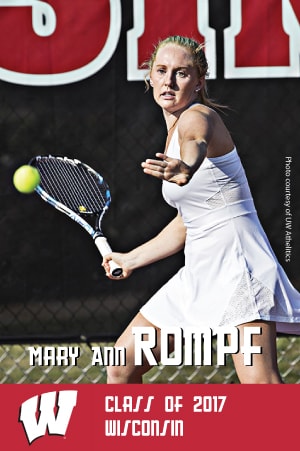