The Falcons were undoubtedly the feel-good story of the 2019-20 athletic season at Saint Stephen’s, smashing nearly every record on their way to the first state Final Four appearance in school history – boys or girls. Under first-year Head Coach David Gaulman, SSES finished its campaign at 26-5, demolishing the previous single-season high for wins (16) set by the 1983-84 and 1984-85 teams. The Falcons captured their first district championship in 36 years (vs. Cardinal Mooney) and their first regional title ever (vs. North Port Imagine) to advance to the Final Four.

A 67-30 loss to eventual Class 3A state champion Carrollwood Day School at the RP Funding Center in Lakeland took little of the luster off a gem of a season. A slew of team and individual records fell. Sophomore guard Jamie Springstead established a best for points in a season with 493 (a team-leading 15.9 per game). The Falcons scored at a clip of 51.8 per game. No Saint Stephen’s team had previously recorded a scoring average better than 43.5 ppg. Records for points in a game (84), points in a season (1,609), winning percentage (84%), and margin of victory (22.2 ppg.) also were set. The team returns all but one starter next season.

The 2019-20 campaign proved to be the culmination of a rise for SSES girls basketball that began in 2016. After not reaching the post-season since 1999, the Falcons advanced to regional play as the district tournament runner-up for three straight years. SSES posted its first winning record (12-8) in nearly two decades in 2017-18 and won its first-ever regional playoff game, upsetting Naples First Baptist Academy (47-44) on the road to advance to the regional final. In 2018-19, the Falcons kept that momentum going by notching a 15-11 record and another regional appearance. They played their best basketball down the stretch, winning eight of their last 11 games.

The Falcons’ recent stretch of success is a remarkable turnaround. Entering the 2016-17 season, Saint Stephen's had won just eight district games since 2006, and went winless in district play from 2009-2015. The Falcons have now posted a 21-9 district record the past four seasons. SSES won just five games in five seasons between 2009 and 2014, but has racked up 63 victories during the past four campaigns. 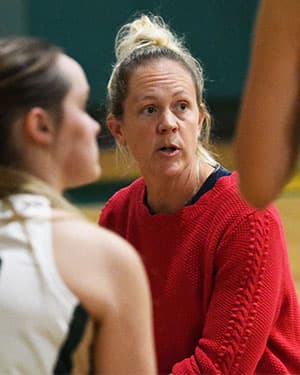