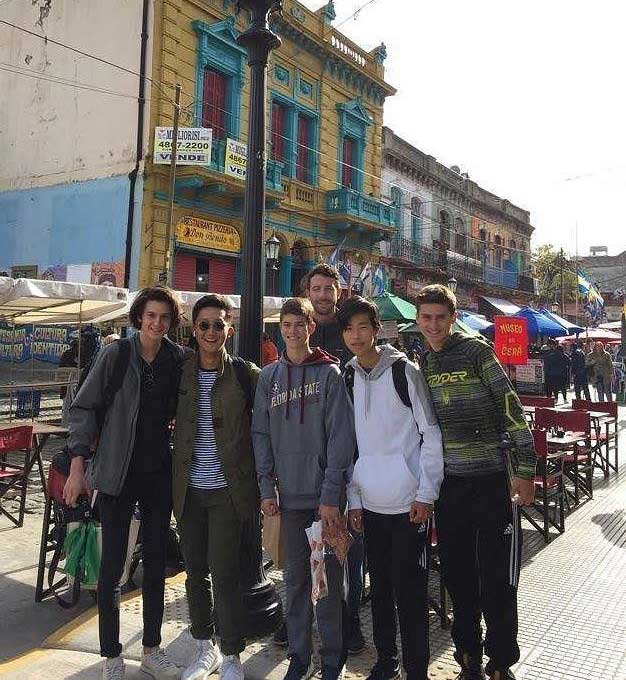 Saint Stephen’s students have collaborated virtually with students from Colegio Nacional de Monserrat regularly since 2013. However, May 2018 marked our first exchange. Saint Stephen’s sent a group of five Upper School students to spend a week attending classes and immersing themselves in the Spanish language. The students lived in the homes of host families from the school and enjoyed their amazing hospitality. Saint Stephen’s introduction to Monserrat actually began more than 20 years ago, when Maria Jose Alcazar came to Saint Stephen’s as an exchange student. The eventual collaboration between the two institutions as sister schools was a natural given their similar missions. Colegio Nacional de Monserrat is the second oldest college prep school in Argentina and one of its most prestigious. In 2016, the school was presented with an award from Argentinian President Mauricio Macri for its ongoing collaboration with Saint Stephen’s.