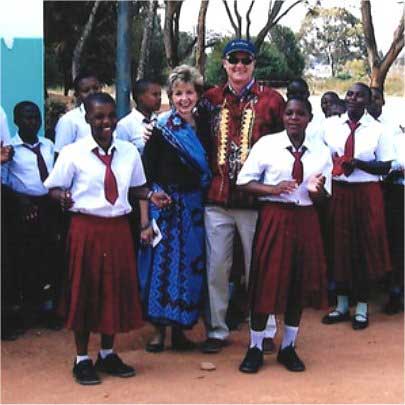 Thanks to an unexpected collaboration with Global Outreach Tanzania, Iringa International School became Saint Stephen’s first sister school in 2007. The connection began at an academic conference with a chance meeting between SSES Head of School Dr. Jan Pullen and Global Outreach Tanzania President Stan Muessle, whose non-profit organization raises money to provide computers and other services to schools in the southeastern African nation. Saint Stephen’s agreed to assist in the project by providing software and help with educational curriculum for the developing school, which had no electricity at the time. Once connected, Iringa’s English Club students began weekly videoconferences with Saint Stephen’s teachers and students. Because of a seven-hour time difference between Tanzania and Florida, the virtual classroom sessions were initially held at 8 p.m. on the SSES campus. Dr. Pullen traveled to Iringa International School for the first time in 2009 to further cement the relationship that continues today. Currently, we work with their after school program WAHI run by Global Outreach. 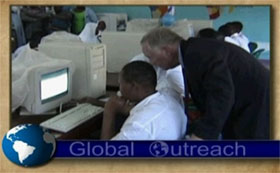