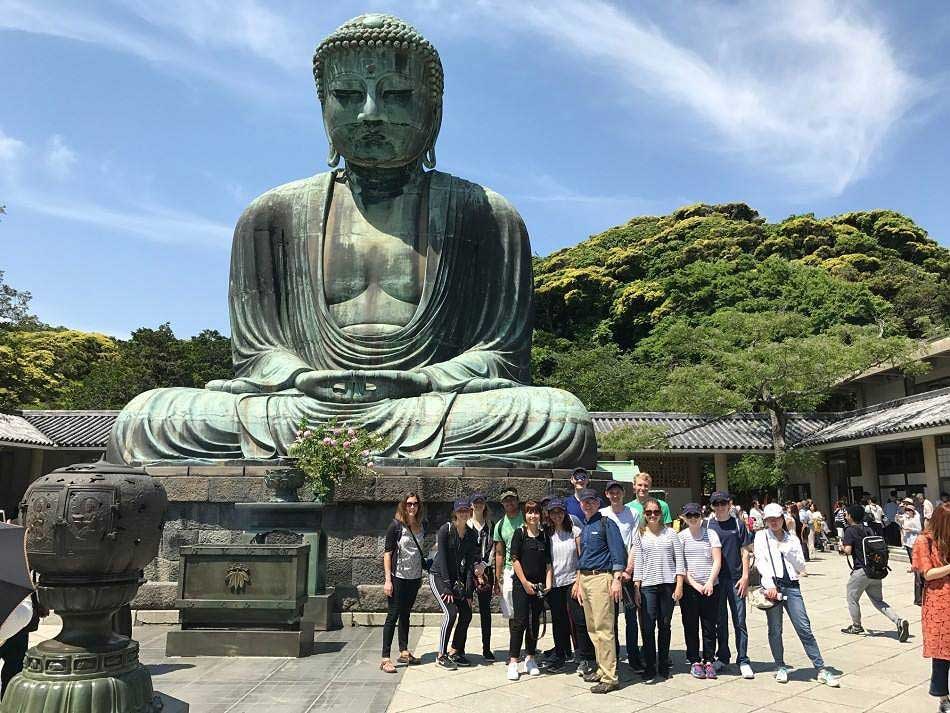 In contrast to the other four sister school partnerships of which Saint Stephen’s is a member, the SSES connection with Shibuya Junior & Senior High became a reality thanks to an eager teacher in Tokyo who initiated the idea. While presenting with other educators at an international conference in Japan in 2012, Saint Stephen’s Social Studies Chair Patrick Whelan was approached by Marie Kanke, a new teacher at Shibuya who had previously studied in the U.S. at William & Mary and Harvard. Kanke proposed connecting the two schools and it is a relationship that continues to build today. For the past five years, there has been a highly successful exchange program. In fact, the sister school relationship with SSES played a key role in Shibuya being designated a Super Global High School by the Japanese government, which funds its annual visit to Saint Stephen’s. The Japanese students spend a week on campus and in the community while living with Saint Stephen’s host families. Thirteen SSES students made their first reciprocal trip to Shibuya in the spring of 2017, and the two schools have also become important collaborators as hosts of the international Water is Life conference (Shibuya in 2018, Saint Stephen’s in 2020).