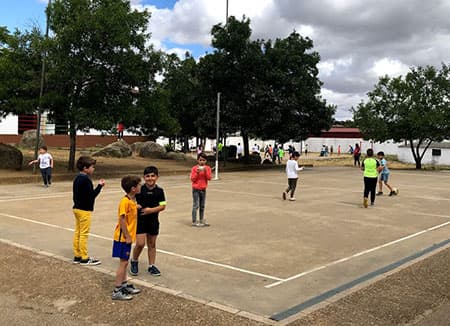 Barcarrota and Bradenton have been sister cities for over 75 years. In 2018, Saint Stephen’s began collaborating with CEIP Hernando de Soto, the city’s elementary school, thanks to Trey Horne from The Hernando de Soto Historical Society. The historical society is responsible for maintaining the sister city relationship with Barcarrota, Spain, De Soto's hometown. They have been fostering and facilitating an appreciation of Manatee County’s Spanish - American heritage and cultural alliances since 1939. Our first year collaborating together, our 6th grade art classes sent them photos of landmarks around Bradenton, and in return, their 6th graders sent us photos from Barcarrota. In art class, the students painted the photo they received. The final artwork was put on display at the annual Desoto Heritage Festival Ball attended by dignitaries from both cities.