In 2003, the Saint Stephen’s Board of Trustees devised a strategic plan to develop the school’s campus infrastructure in support of future growth. The fulfillment of this plan has been a steady progression of successful campaigns led by generations of families, and built around a central theme—One Community, One Vision. With completion of the Moore Athletic Complex (2013) and the Marine Science Center (2016), the board quickly shifted its attention to the final piece of this important blueprint — a multi-purpose performing arts center.


The addition of the performing arts center at Saint Stephen’s will facilitate the further evolution of a number of programs, creating a stronger balance of opportunities for students. Front and center is the performing arts department, which has staged memorable shows for years in a gymnasium, while parents sat on bleachers and listened to lines and music delivered in acoustic conditions that were less than conducive to clear, effective communication! Theater and music performances are not only important in developing students’ appreciation for the arts, but participation in these areas is also critical to their behavioral and cognitive development.

Seating up to 850 people for auditorium-style events, and up to 400 for sit-down dinners, the performing arts center will be a perfect venue for community events: 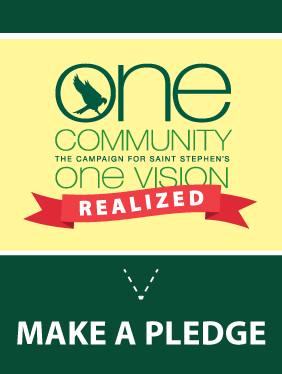 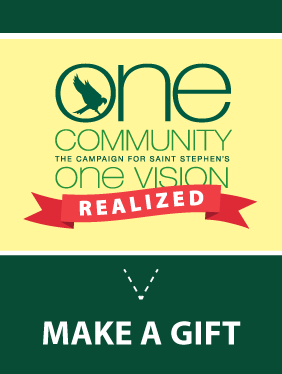 Annual Giving at Saint Stephen’s Episcopal School represents a critical part of the revenues needed to cover the full cost of educating our students each school year. >>Read more

Relationships with local businesses through our Community Partner Program are highly valued and bring tremendous benefit to the students of Saint Stephen’s. >>Read more

Saints Stephen’s is committed to growing its endowment. The purpose of the endowment is to generate steady, annual income that can be used today, next year or even 100 years from now.  >>Read more

The fundraising goal for the campaign currently underway to build a multi-purpose Performing Arts Center at Saint Stephen's.