Class of 2016 Grads Distinguished Themselves 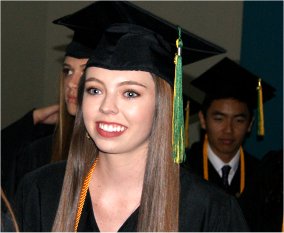 On Friday night, June 3, 69 graduates in the Class of 2016 walked across the stage of the Neel Auditorium at State College of Florida to receive their diplomas. The impressive group was the 42nd to graduate from Saint Stephen’s since its founding in 1970 and all will continue on with higher education at a college or university. As has become tradition, the commencement speech was delivered by a 10-year graduate of Saint Stephen’s. This year’s speaker was Dr. Nicholas Mollanazar, who urged the graduates to be open to opportunities, unafraid to fail, and unswayed by “those who will tell you it can’t be done.” The evening also featured another beloved tradition – a musical performance by our pre-kindergarten class.

Coverage from the Bradenton Herald

Coverage from the Sarasota Herald-Tribune