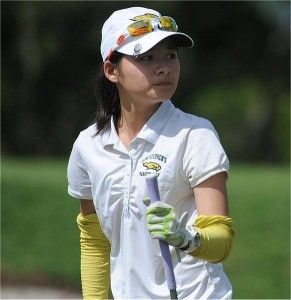 The girls and boys golf teams will make return trips to state, sweeping the 1A-Region 6 tournament on Monday, Oct. 19. After finishing second to Sarasota Christian at districts, the boys turned the tables, winning by six strokes on a windy afternoon at the Bradenton Country Club. Justin Wynen led the way for the Falcons with a 73. The boys will seek their first state title since 2004. The girls, who won the district championship a week earlier on the same course, edged past Fort Myers Bishop Verot by one stroke to qualify for their fourth straight state tournament trip and sixth overall. They will be chasing their first state crown. Vanessa Yan again led the way for SSES. The junior shot 78 to share the region individual championship with Naples St. John Neumann’s Sydnney Shrader. Both SSES teams will compete next Tuesday and Wednesday at Howey-in-the-Hills.