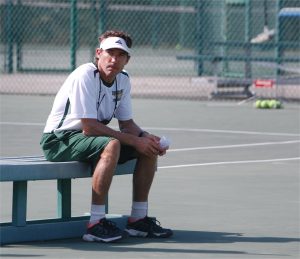 Saint Stephen’s has hired Scott Shields to serve as head coach of its defending state champion boys tennis team. He replaces James Flanigan, who had led the program since 2012 and relocated out of state following the last school year. Shields was one of the Sarasota-Bradenton area’s most decorated junior players during the 1980s, achieving a top 10 USTA ranking in all age divisions in Florida. A Bayshore High School alumnus, he participated in USTA National Tournaments and reached a junior ranking as high as No. 12 in the nation. Shields played collegiately at Florida State University and earned an NCAA ranking of No. 27 as the Seminoles’ No. 1 singles player during his sophomore and junior seasons. He was a four-year starter during his career at FSU and won two conference singles and doubles titles. Shields currently coaches professionally as a member of the staff at Celsius Junior Tennis Academy. He also works privately with several junior players, preparing them for college. Shields and his wife, Jodee, live in Sarasota with their two daughters, Riley and Bailey. Saint Stephen’s annually fields one of the state’s top boys tennis teams. The Falcons have won 13 district titles, five regional titles and four state championships. Read more about Coach Scott Shields.