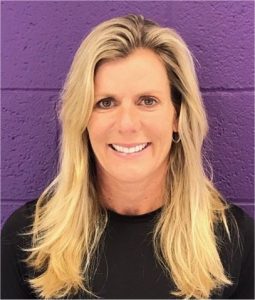 Saint Stephen’s has announced the hiring of former collegiate All-American Sheri Hart to lead its swim/dive program in 2017. Hart was a standout at Worthington High School in Ohio, winning a team championship and three individual state titles. She finished her prep career as the national record holder in the 100 backstroke (a mark eventually broken by Natalie Coughlin) and went on to become an All-American at the University of Southern California (1990-91). Hart was an Olympic Trial finalist in 1988 and semi-finalist in 1992, and has set more than 20 masters swim records. Her coaching resume includes serving as an assistant on a state championship team at The Hockaday School, a girls’ college prep school in Dallas, Texas. Hart has also been Event Director for Swim Across America, raising more than $1.25-million for cancer research by hosting and preparing swimmers of all levels for Open Water Swim events. Hart takes over a Saint Stephen’s program that found success in and out of the pool in 2016. The boys team was recognized by the FHSAA as state Academic Champions with a combined grade point average of 3.785. The Falcons established four new school records and qualified for the state meet in two individual events and one relay.