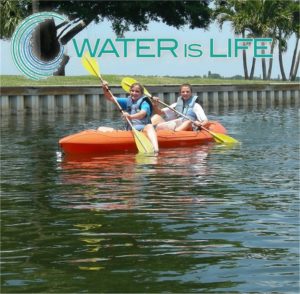 Saint Stephen’s, in collaboration with New College of Florida, has been named the host site of the international Water is Life Conference, June 22-28, 2020. The biennial conference brings together high school students (ages 16-18) from more than 20 countries to create a deeper awareness of water security and sustainability issues. Through keynote addresses, dialogue sessions, and student presentations on water management strategies and challenges around the world, the conference plants the seeds of friendship, creates awareness on a variety of water issues, and develops scientific, diplomatic and leadership skills in its young participants. The conference is managed initially by the Water is Life Association, a cooperation between Raffles Institution Singapore and Maurick College in The Netherlands. The Saint Stephen’s-based conference will be the first in the U.S. The inaugural conference was held in Singapore in 2014. Other host sites have included The Netherlands (2016) and Japan (June 2018). Schools participate by invitation only and more than 30 are currently on the roster, representing the U.S., Netherlands, Singapore, Australia, Japan, Germany, Zimbabwe, Brazil, Spain, Colombia, Denmark, Poland, Italy, Thailand, Canada, Austria, South Africa, France, Indonesia, and Iceland. Saint Stephen’s will be the primary host. Presentations will also take place on the New College campus, and approximately 150 participants will be housed in the school’s dormitories during their stay.