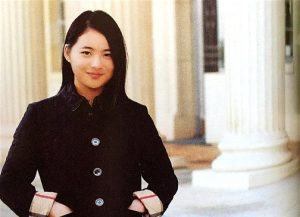 Senior Vanessa Yan has been named a 2017 U.S. Presidential Scholar – one of only 161 nationwide. The White House Commission on Presidential Scholars selects students annually based on their academic success, essays, school evaluations and transcripts, as well as evidence of community service, leadership, and commitment to high ideals. Of the 3.5-million students expected to graduate from high school this year, more than 5,100 candidates qualified for the 2017 awards determined by outstanding performance on the SAT and ACT exams, through nominations made by Chief State School Officers, and other partner organizations. The 2017 U.S. Presidential Scholars are comprised of one young man and one young woman from each state, the District of Columbia and Puerto Rico, and from U.S. families living abroad, as well as 15 chosen at-large. Vanessa, who is also one of the area’s top prep golfers and has led the Falcons with Top-30 individual finishes at each of the past three state tournaments, will attend Yale University.