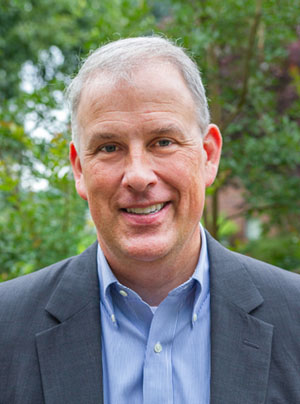 Following an extensive national search, the Board of Trustees has named Peter Kraft the new Head of School at Saint Stephen’s Episcopal School. He will officially begin in the role on July 1, 2023, after a one-year leadership transition period common at independent schools.

With more than 25 years experience as a teacher and administrator, Kraft comes to Saint Stephen’s from Oregon Episcopal School in Portland, where he has served as Associate Head of School since 2017. After beginning his career in New England, Kraft moved to Peddie School in Hightstown, N.J. in 1995 as a history teacher and coach. He left Peddie as Academic Dean in 2011 to become Associate Head of Academic Affairs at Park Tudor School in Indianapolis, Ind. He also served as Interim Head of School at Park Tudor in 2016-17.

“As I told the community during my visit, Saint Stephen’s values are my own. I believe in scholarship, leadership, service, and integrity,” Kraft said. “To be able to lead a school with which I am so aligned — one that cherishes traditions but also embraces innovation — is truly a blessing.”

He becomes the sixth Head of School at Saint Stephen’s and succeeds Dr. Janet Pullen, who has been an administrator at SSES since 1988 and has served as its leader since 2003. Pullen will remain in her position throughout the 2022-23 school year while meeting regularly with her successor. Kraft will visit the Saint Stephen’s campus at key times throughout the year to help assist with the transition.

“Peter Kraft is someone who is well-educated, has extensive leadership experience, understands the importance of Episcopal schools, and is an extremely personable man who wants the best for children,” Dr. Pullen said of the selection. “I’m very much looking forward to working with him all next year to help him get Saint Stephen-ized!”